The Fast Saga 9 is directed by Justin Lin who has made three, four, five and six. This is like the veteran of the Fast and Furious Franchise. So, In the latest installment Cipher enlists the help of Jacob. Dom’s younger brother to take revenge on dom and his team which as usual leads them on a merry chase around the globe in really fast cars doing insane things off of bridges and cliffs city streets and some other places as well that many people have suggested they might go one day.

Certain installments are better than others and some are very forgettable when it comes to f9 all of these movies have ever so slightly pushed towards absurdity. Fast Five i think is still the best one but even that film had them with their cars and the bank vaults behind them just tumbling down the road and it was so hilarious and funny. Fast Six had a dude kind of flying across the bridge which didn’t really make sense. Fast Nine i think they actually lost me on this one. I love absurdity it’s the closest to hilariosity that this franchise has ever gotten. It’s all skillfully done justin lin is a great director. 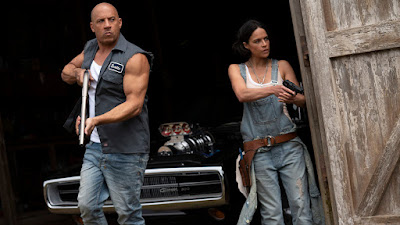 He is very very good with action set pieces but the dialogue and the characterization and the things that take place in this movie might as well be science fiction. It’s gotten to a point where i couldn’t really believe anything that was happening human beings in this film are bounced around as if they were a pool ball in a pool game…

In the beginning of the movie you meet Dom and Letty’s son Brian. They have this peaceful life together but after that they’re brought back into action when Tyreese and Ludacris show up and they never really explained what they did with brian the whole time like they are far off in the middle of nowhere purposely away from everybody like who’s babysitting brian where was he that poor kid was locked in a wooden box this whole movie i know it.

The things that happen in this movie are absolutely ridiculous and i have come to expect that with these films but the fast movies always sort of rode this line. They were just about threatening to sort of teeter into parody but they always were very careful to stay in a somewhat sense of realism where you could watch the film and at least get invested in it without bursting out into laughter. Every time a human being is thrown 20 stories down into a pool of water with concrete debris flying all over him and then he has a vision and we’re supposed to take that seriously which happens in this movie. 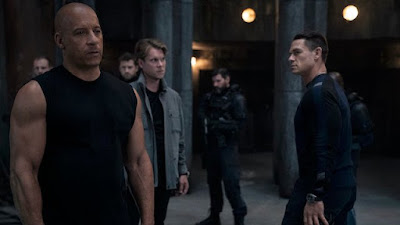 The films were very good at teetering on that line writer Chris Morgan wrote every single one from two to eight including Hobbs and Shaw. This is the first film that is not including chris morgan since the original fast and the furious and honestly, i never realized how much the writer or the fast and furious franchise sort of got it because this doesn’t really feel like one. It feels kind of like they are imitating one but they are going so far and kind of placating a lot of the internet’s wishes, jokes and memes about what fast and furious could eventually become that i think they took that a little bit too seriously and actually did a lot of it and watching it just kind of took me out of the experience.

I mean Vin Diesel is picked up by John Cena in this movie and then John Cena runs through an open doorway and the back of Vin Diesel’s head crushes the door frame and he does not even move he is just he is like a steel wall that smashes through this door frame and he is just like huh what was that. He doesn’t even react i was like wow and then the same thing happens to this other big dude except he is on top of a truck and behind him comes a large green metal street sign like on a highway and it just plows through his head. 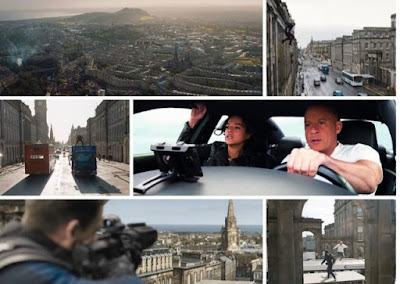 Basically if you go into this movie knowing that it’s kind of a comedy actually you’re gonna have a great time. If you want it to be more like the other fast movies i think you might be disappointed by the fact that it’s just not and you can tell the filmmakers this time around are very aware of that because they have tyrese throughout the movie whether or not they’re invincible. Ludicrous is like no we are just lucky tyrese is like i think we might be superheroes. 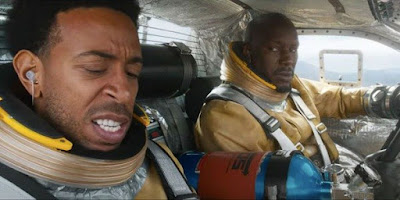 He starts naming all the things they’ve survived and then as you know from the trailers Han is magically back as well even though he died and so there’s all this like speculation throughout the movie about are they actually just superheroes? .. are they invincible? 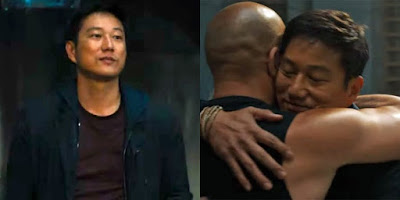 I don’t know i thought it was kind of dumb. Honestly, i get that they’re being self-aware but i don’t know it just kind of took me out of the movie the middle portion of this movie really sags. There is a great action sequence early on that was really exciting but having to explain why han is back with this elaborate flashback and all of this talk about some kind of device they are trying to get and then more flashbacks with John Cena and Vin Diesel and what they were doing when they were kids. The middle portion of the movie feels like so much setup for the inevitable next film which has to be called FX. if they don’t call it fx i don’t know what they are doing.

In away f9 feels like a setup movie for another movie and that’s very disappointing. These movies don’t really have to do anything except have cool fight scenes and car chases and that’s it. Speaking of fight scenes the inevitable clash between John Cena and Vin Diesel was really weak nothing like the Rock vs Diesel in an F5. It was like a minute long or something actually i was surprised. A lot of people know about something that happens in this movie but some of you might not so i’m just going to give a very minor spoiler warning if you don’t want to know about the truly crazy thing that happens in the film. I am going to talk about it briefly but i don’t really think it’s really a spoiler. A lot of people are talking about it people are aware of it still just in case you don’t want to know anything spoiler warning there’s been a meme for the fast and furious movies for like seven years that they should just go to space.

Well they did and it’s not just like a funny little winking reference to being sort of in the atmosphere like they are straight up in orbit in a car with a rocket. I don’t know this one kind of lost me guys i feel like they truly jumped the shark here or jumped the orbit whatever the new term will be after this movie comes out.

I am going to give f9 a c – this movie will entertain a lot of people especially if you just go into it thinking it’s a comedy then i think you’ll really have a good time so keep that in your head if you go to watch the movie but don’t expect it to be like all emotionally like powerful or something else. 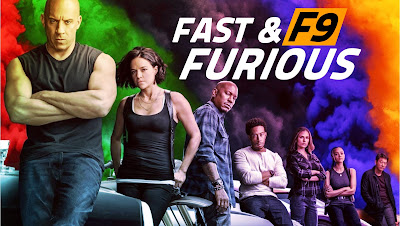