Do you watch believe in magic? … No!

You have misunderstood because every day you get into a magic trick. How? … You are thinking this, aren’t you?

In the world of books the magic which can make any person trindle the whole planet while sitting at home. Neither plane nor car or train only some words is written on the page and your brain starts flying like a bird. Having these kinds of magic tricks there is a magician named Satyajit Ray who has the power to send any person in the past 50 years ago or in the future 50 years ahead on a snap. Yet who doesn’t believe in magic so no issue feel it today. Where? … On Netflix.

Welcome to today’s review of Ray. This time neither one nor two or three you will see four magic tricks today. Such four stories which show the human’s four dangerous addictions. Those who destroy someone’s life like termites slowly.

Addiction one is revenge: 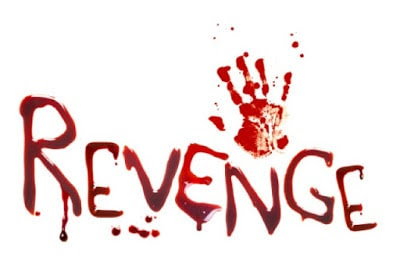 The story circulates around a successful businessman of modern era. The one who is famous of his powerful mind faster than a computer in all over city but the person whom the whole world trust greater than calculator nowadays he has gotten into a illness of suspicion. He seems that there is a thief in his mind who is stealing firstly numbers, human and then his identity steadily. 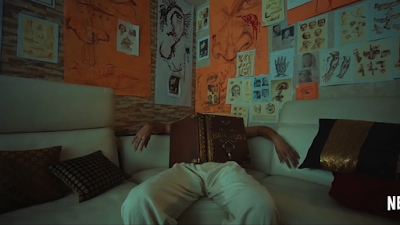 This story is quite interesting because a person has challenged God. Meet this person whose passion is make up artist everyday he gives life of new story’s character by doing make up.  There is a twist that he doesn’t have respect in his society but the table has turned because his grand mother had died and she left her property for him that has 75 lakh rupees along with a mysterious book named Bahuroopi. After reading that book he has decided to write his fortune by himself. 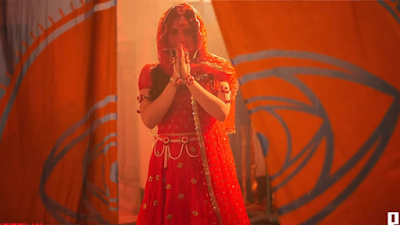 To look for our sadness in someone’s happiness. In which there is an actor who considers himself a heartbeat of young hearts. What is it called? … Rockstar!!

For the time being, he has come to another city for a new movie shoot but this time he has been ditched. How? … The camera whose focus is always on him now Didi has occupied it. Who is didi? … For the world, she is a mirror of a pious who has power in her eyes by whom she can turn sadness into happiness in a snap. In short, our hero has come into a supporting role from a lead actor. Didi has stolen the spotlight of the film. 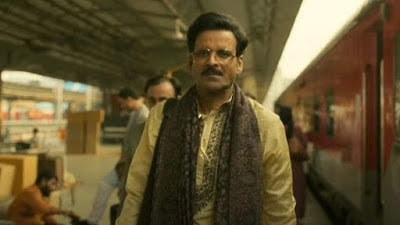 Cheating … The thing that is always being trusted blindly can be the biggest mistake of life. Our hero is a poet in it who speaks in an eloquent manner. Currently, he is on a train and waiting for becoming famous in any place of the world meanwhile he met a wrestler who used to be champion in wrestling while he was young age but the wondrous thing is that our poet has already met him 10 years ago while he was traveling by the same train. There is one more character in this story a special watch after holding that watch human doesn’t only watch time but got the power to change the time as well.

So, You have listened to the introduction of all stories. Now, come to the point how is the show? … answers are here for all stories individually.

The first story is an amazing thriller, suspense everything is here especially the reference of Drishyam has been added you can understand that the director wants to play with your mind the character is only circulating in a maze. Here out of the screen, we are who remains tangled from starting to ending because of that questions that person is theif … no … that person is theif … no … someone else is theif.

The second story concept is amazing too, the battle between God vs Human and the second thing which has an open ending scene in the climax is a shocking scene. It’s a special treat for Bengali cinema lovers. The director tried his best to implement the rich culture of Bengal in his movie that will leave an impact on everyone’s eyes, heart, and heart.

The third story is really a complete story of this series. No suspense … No mystery but the method of telling a story is dangerous as well as perfect. It touches the heart. Especially in which method the whole scene is set in a train and communication starts between two unknown persons it feels quite relatable because we all have experienced this situation in whole life and the scene that is shown the Greediness of the watch to control the time that represents the x-factor of it.

Don’t ask about the fourth story … No … The story is good as well as its concept but its presentation is so useless. How to destroy a good movie learn from the director. 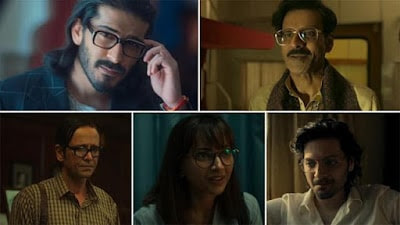 There are small details missing in every story because of that it’s not perfect. The 1 hr which has assigned to every movie if it is increased by 2hr or 2hr 30mn and every scene shows scene by scene then our mind feels satisfaction. There won’t have any complaints after that. 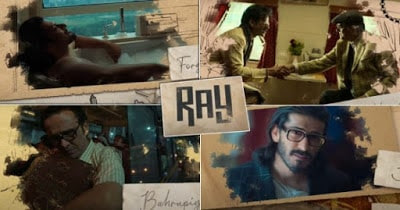 5 out of 4 stars to Ray by my side. One star is for the intelligent and clever narration style of all stories except the fourth story. The second star is for the shocking climax at the end of all stories. The third star is for cinema vs religion the person who makes fun of modern society and the passion of obsessed about becoming no one in the human body permanent demon. Highlighting these all interesting concepts in one series to give us future safety warnings. Mend your ways before it’s too late. The fourth star is for amazing acting performance. Manoj Bajpayee and Gajraj Rao are the best actors.

If I talk about negatives so I haven’t given half start because of the time-wasting and confusing presentation of the fourth story and half star is for missing small details in every story because of that, not 100 out of 100 … it’s 90/91 that’s the reason we feel incompletion of something.

Hope you like this article about Netflix Hindi Web Series ray 2021.