I am gonna talk about Engine Altan Düzyatan’s Starting Career, Profession, Private Life, etc. If you want to know everything about the Engine Altan life so keep reading till the end so let’s start our cruising. 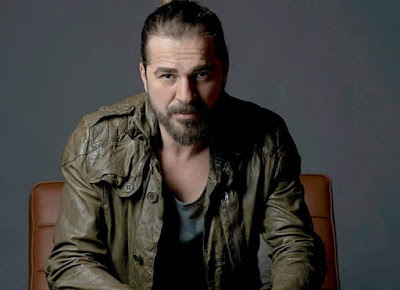 Engine Altan was very indelicate in his childhood. Being the youngest in the house, he was very lovable. He is the youngest of his siblings. Engin Altan was born on 26 July 1979, in the city of Izmir, It’s located in Turkey, and his age is 40 years. His occupation is Actor and Filmmaker and his Nationality is Turkish.

His mother’s name is Gülşen Düzyatan. His mother was very Pretty and Noble. After leaving university life, she took on the responsibility of raising her three children. Engine Altan Duzyatan Father’s name is Mevlan Duzyatan. Altan got married to Neslişah Alkoçlar in 2014 and he has a little son “Emir Aras” his age is 4 years and a little daughter whose name is “Alara” and her age is 2 years.

He started his showbiz career at an early age. Since 1997, the engine has appeared in numerous TV Series and Movies. In the early years of his career, he found himself a supporting actor infamous TV series (Ruhsar, Bizim Otel, Kokum Benim, and many more).
In 2005, he started in the short TV series Woman Always Right, also he played Theaters in various cities of Turkey and has developed himself. We have collected the best tv shows and movies of Engine Altan as well. Biography vs Autobiography – What is Memoirs